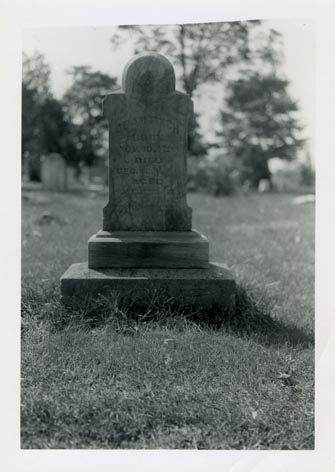 Adam Finch was born in Paris, Bourbon County, Kentucky on 10 November 1798 to William Finch and Rebecca Clay. married three times, Finch reportedly had thirteen children. His last marriage was in 1841 to Louisiana Wilson (1817-1870). Finch and his first wife, Mary Cotton, moved to the Florence area in 1828 when he purchased 44.5 acres of land from Floyd Matthias. During his years in Boone County, Finch acquired and farmed several hundered acres of land and kept, according to Federal Census records, at least four slaves on the property for farm labor purposes.

The Finch House, built in 1840, is the oldest standing house in Florence. Finch's obituary in the December 17th, 1884 Boone County Recorder states that he was the oldest mason in the county at the time of his death and he was buried in the Florence Cemetery with full “Masonic honors” next to Louisiana.