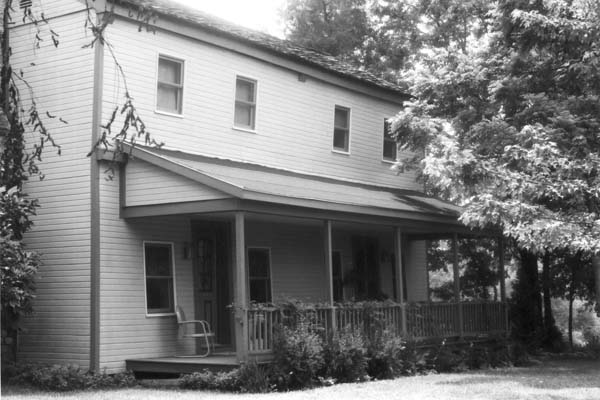 This substantial log house on Hutton Drive was built as a single-pen dwelling and later enlarged to double-pen form. The broad facade contains six bays, and a massive stone chimney stands at the north gable end. At the rear is a well-kept family cemetery surrounded by a wrought-iron fence. I

dentified on the 1883 atlas as the home of Adam Senour, the house was one of several properties in the Richwood area owned by the Senour family, prominent in Boone and Kenton counties. It was later owned by an African-American family named Sleet. The Sleets also owned land along nearby Chambers Road, and their descendants still reside in the vicinity.

The Senour House was preserved when its surrounding acreage was developed as a subdivision.