The historic home has stellar associations with early settlement along Gunpowder Creek in the interior of Boone County. Located on U.S. 42, the house was built in 1817 on land that belonged to Jacob Fowler, who acquired it through a land grant. 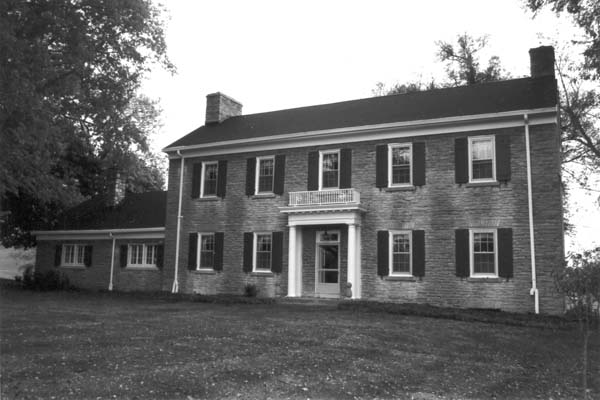 The only settlement-era stone house in the interior of Boone County, the Fowler House is an outstanding example of stone masonry, with exemplary detailing and craftsmanship. It is a two-story, single-pile, rectangular building of dressed limestone construction. Notable details include a modillioned portico with Ionic columns, and limestone jack arches and sills; an endless chain is laid in the mortar at each story.

The stone was quarried from a nearby creek (Fowler's Branch of Gunpowder Creek), which was named in the family's honor. A one-story stone wing was appended to the east side of the house in 1931.

Beside the house stands a stone smokehouse with hipped roof. The 1931 transverse gable barn includes timbers salvaged from the original 1817 barn.

The House was added to the National Register in 1982.