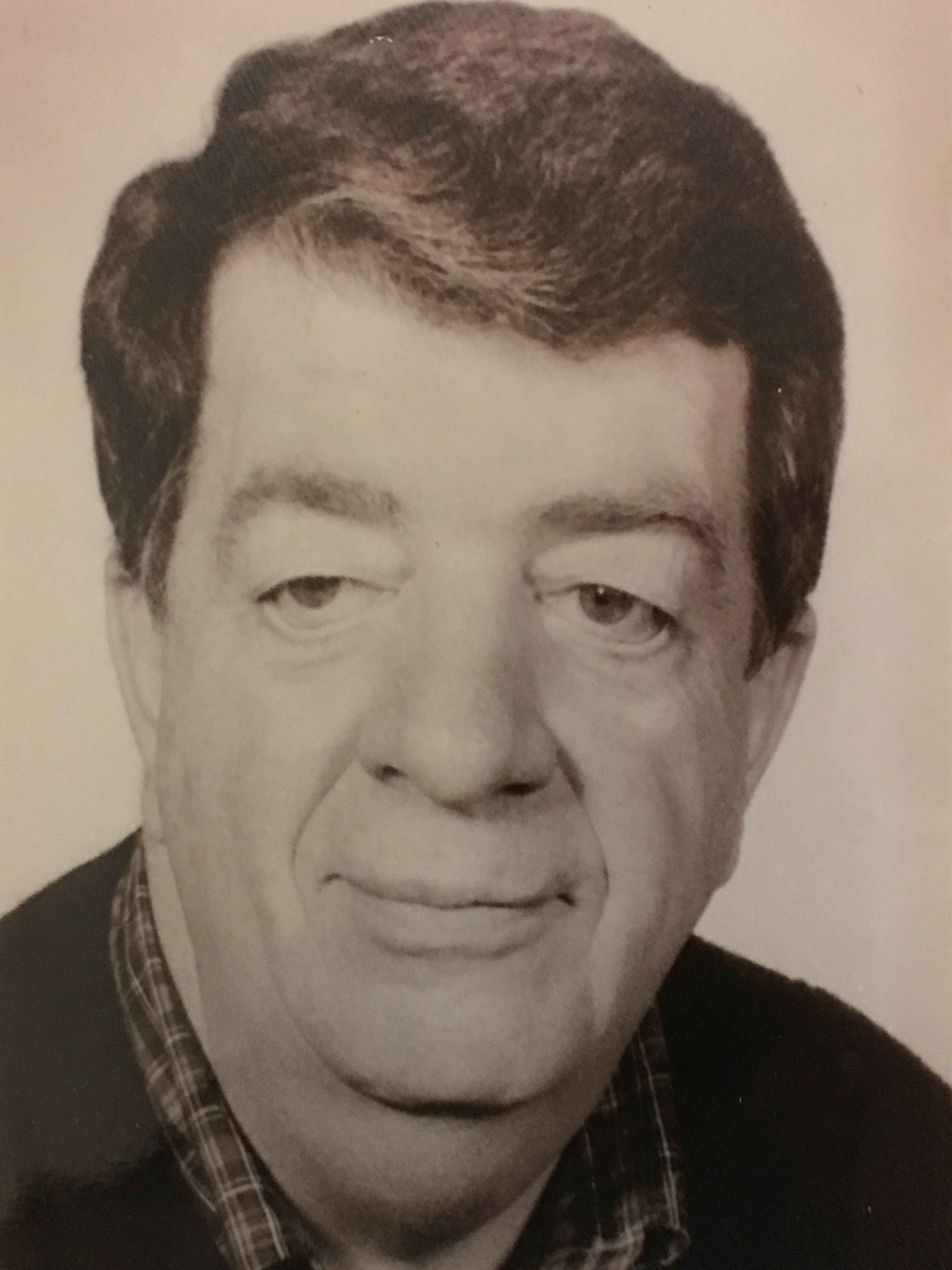 Charles William “Bill” Funk was born October 29, 1928, in Covington, Kentucky. He graduated from St. Xavier High School in Cincinnati, Ohio in 1946 and served in the U.S. Navy from 1946-1948. He then attended St. Mary's College & Seminary, initially studying for the Catholic priesthood before deciding his future would be in law. He graduated from the Salmon P. Chase School of Law (then in Cincinnati, Ohio) in June 1960. In July of that year, he was admitted by the Kentucky Bar Association to practice law in the state.

On June 26, 1954, Funk married Mary Lee Holmes, whose connections to Boone County and Florence go back many generations. After the death of her mother (Mary née Roberts Holmes) in 1935, she spent time at 226 Main Street in Florence with her aunt and uncle, Mentor Martin (owner of the onetime Stringtown Grocery) and Sue (née Roberts) Martin. Her father was Jacob Holmes of Covington and later Cincinnati. Mary Lee’s maternal grandfather, C.C. Roberts, was sheriff of Boone County and later became County Judge in the late 19th and early 20th centuries. In addition, her great-uncles and great-aunt — Jameson Hawkins Rogers, Mary Elizabeth “Lizzie” Rogers, and W. Rupert Rogers — served as Boone County Clerks in the early decades of the 20th century.

In the early 1960s, Charles William Funk began a law practice in Florence in his wife's former home at 226 Main Street, in partnership with Elmer Berling (d. 1967) and Giles McCarthy. Future Boone County Circuit Judge Sam Neace and Barry Werhman (based in Kenton County) were also part of this law firm.

From 1961-1964, he was the prosecutor for the City of Florence. After Funk resigned in late 1964, Eddie Brown succeeded him and went on to be elected as city prosecutor in 1965, 1969, and 1973. Funk resigned the Florence post to go help prosecute Boone County cases as Assistant County Attorney under then-County Attorney Bill McEvoy. Later, Funk served as Master Commissioner for Boone County from 1976-1989, as well as Domestic Relations Commissioner in 1989. Funk was appointed Master Commissioner by then-Boone Circuit Judge Sam Neace.

In the early 1970s, Andy Busald joined with Funk, John Blakely and Bill Robinson to form Blakely, Busald, Robinson and Funk. They had offices in Florence and Covington. The firm eventually split, and in 1974, Funk co-founded Busald Funk Zevely, a prominent Florence law firm. According to Andy Busald, Busald handled civil litigation (torts); Will Zevely handled criminal cases; and Funk was “a utility player,” who “did everything from soup to nuts.” Funk “gave us credibility and gray hair and respect,” Busald said. “None of (the rest of) us was from Boone County. Bill was well-known and well-respected.”

In the 1980s, Funk wanted to semi-retire from law and become a deacon in the Catholic Church. In 1985, he was ordained and served at St. Paul's Catholic Church, where the Funk family was active for many years. In addition to being the parish's first-ever ordained deacon, from 1985-1989, he also served as Chairman of the School Board for St. Paul School. According to Busald, Funk “became an ambassador for Busald Funk Zevely,” sending cases to the firm. Funk died on July 28, 1989. Bill and Mary Lee Funk (now 89) had four sons: Timothy William (b. 1955); Thomas Martin (b. 1956); Terrence Paul (b. 1958); and Theodore Joseph (b. 1962).