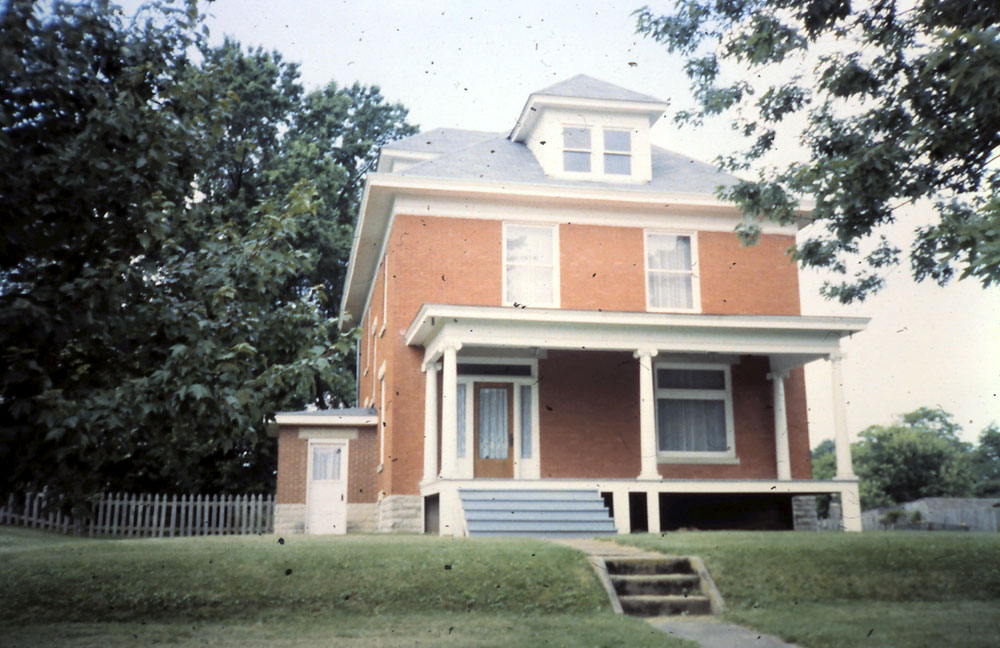 Excerpt from the 2005 National Register Nomination for the South Main Street Historic District.

This house was built in the early years of the 20th century for banker David B. Wallace (1859-1933), president of the Walton Equitable Bank (BE-216). Simple yet imposing, it is a brick American Foursquare residence of cubical massing with pyramidal slate roof and hipped dormers. Flush stone lintels cap the large, 1/1/ sash; an Iopnic portico shelters the entrance. The house appears on the 1927 map, noted as a “veneered” building. Its similarity to the Robert Ratcliff House suggests it was the work of the same builder, George Nicholson.