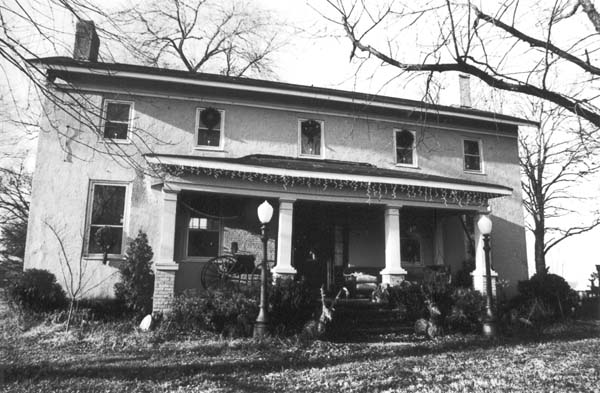 The George-Vest House is one of the most stylish and best-preserved Greek Revival buildings in Boone County. Originally constructed c. 1840, it is a five-bay I-house of brick construction, featuring a central entrance with distinctive six-panel door, five-light transom sash and both glazed and blind panel sidelights. Windows employ 9/6 or 6/6 lights.

During a 1931 remodeling the walls were stuccoed, a beaded fascia board and flat rafter tails were applied, and a three-bay open porch was added. The interior boasts some of the county’s most elaborate and sophisticated Grecian woodwork, including tall paneled pilasters that support full pedimented entablatures.

The significance of the farmstead is enhanced by an original stone cellar, a 20th century gambrel dairy barn and two silos.

The house was added to the National Register in 2000.