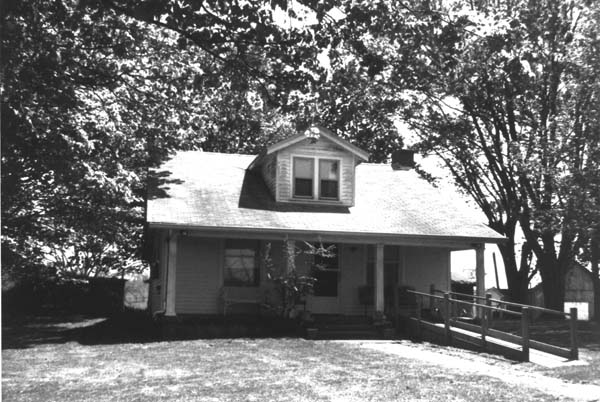 Located on Stephenson Mill Road, this well-preserved dormer front bungalow was built for George Flynn in 1921 and has remained in the family ever since. It features a rather small gabled dormer; engaged, full-width porch; and large brick chimney. The main doorway is in the end bay rather than the center.

The farm includes a large group of historic outbuildings, some far older than the house. The large stone root cellar, domed with earth, represents a type commonly seen around Verona but rarely found elsewhere in the county.

The monitor-roof tobacco barn, which replaced an earlier structure destroyed by fire, represents a barn type promoted by the Kentucky Department of Agriculture during the mid-20th century.