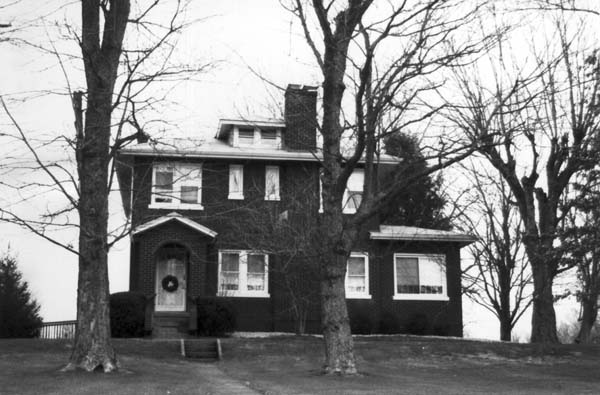 George Nicholson was one of Boone County’s master builders. A prolific contractor of the first four decades of the 20th century, he was responsible for the construction of many schools, churches, commercial buildings and residences in Boone and Kenton counties.

Nicholson’s personal residence was built c. 1925. The house is eclectic in detailing, combining Foursquare-Craftsman massiveness and solidity with picturesque Tudor Revival elements, such as the arched entry portal and massive facade chimney.

The house sits on South Main Street in Walton.