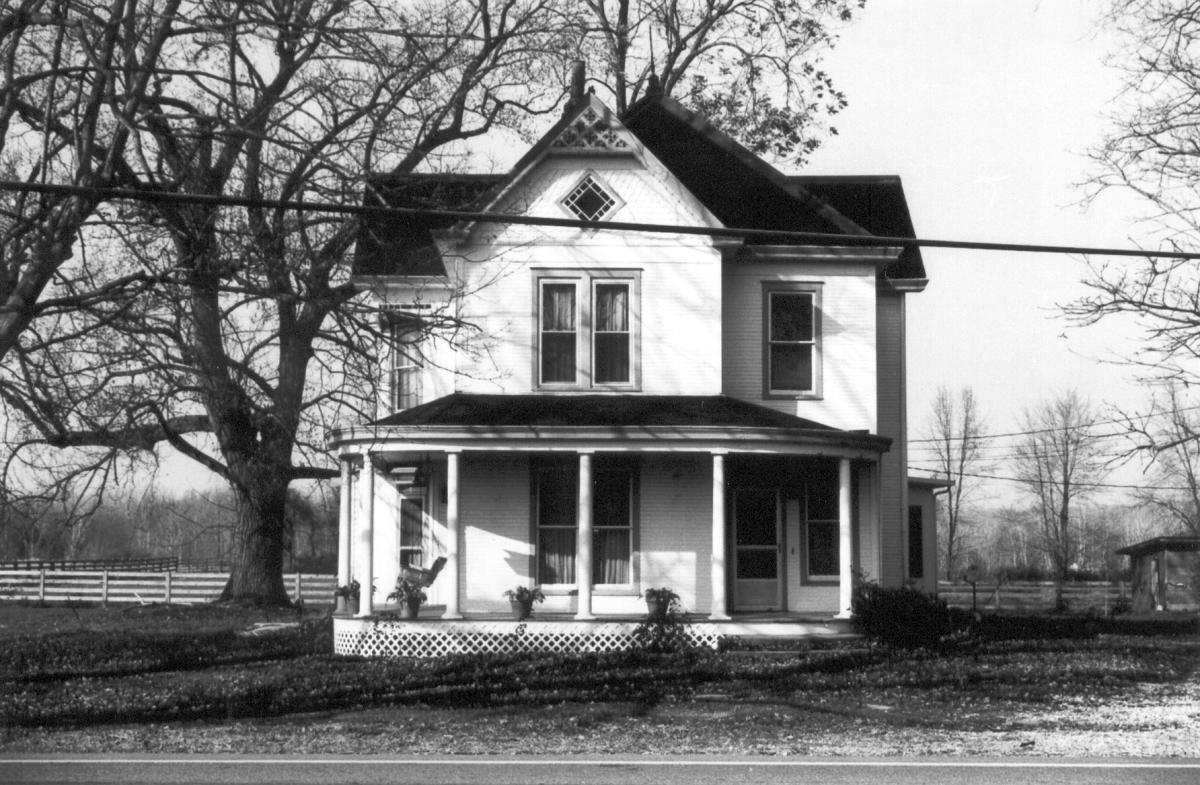 Although many late-19th-century houses in the county exhibit details characteristic of the Queen Anne style, fully developed examples of the style–such as the Isaac Flick House and the nearby William B. Rogers House (BE-358) are rare.

The Flick House, built in 1910, is a picturesque frame house whose irregular form consists of a pyramidal block with projecting gables on all four faces. The gables are filled with three shapes of decorative shingles, diamond windows with colored glass, and gable-peaks set with polychrome tile. Shiplap siding covers the body of the house.

Begun for Isaac Flick, this house was completed after his death by his sons and daughters. It was used as their residence until it was sold to C.R. Kite, then to the Burcham family. Tradition asserts that Flick wished to erect a more impressive house than that of William B. Rogers

The House was added to the National Register in 1989