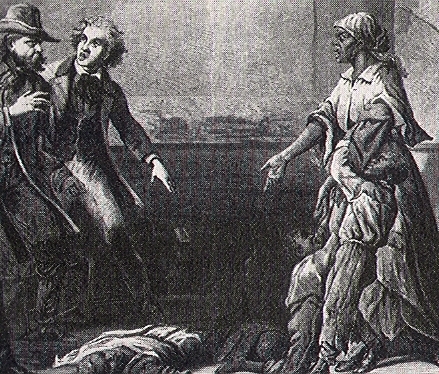 Margaret Garner was an escaped slave whose recapture became a national news story.

In January 1856, 17 slaves from Boone and Kenton counties crossed the Ohio River. Included were Robert and Margaret Garner and their children, who were owned by the Gaines family of Richwood Road (now Maplewood Farm). They made their way to the home of a former slave in Cincinnati, where they were apprehended by deputy marshals. Fearing the family would be sent back to slavery, Margaret cut the throat of one of her children and attempted to take the lives of the other three before being subdued. Hoping for a sympathetic jury, abolitionist lawyers attempted to have Garner tried in Ohio for murder, but failed. After a stay in a Covington jail, she was sold to a new owner farther south.

The opinions expressed in the following articles may not represent those of Boone County Public Library.