Located at East Bend Bottoms, Piatt's Landing is the area associated with members of the Piatt Family, including Robert Piatt, maternal grandfather of General Edward Richard Sprigg Canby. The house that became known as Winfield Cottage is perhaps the most historically significant building associated with the property, and was the main residence for the Piatts and later families to live in Piatt's Landing. 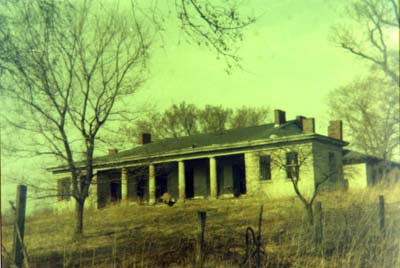 A man by the name of D'Hart or De Hart was rumored to have a trapping station at the location pre-1800. Both William D'Hart (1746-1828) and Cyrus D'Hart (brothers) served with the Piatt brothers in the New Jersey Continental Army. The D'Hart brothers are from Dutch descent and are the sons of Matthias D'Hart and Catherine Kingsland. Both brothers were eligible for the Society of the Cincinnati, a group of American officers known to receive land in Boone County for their war services. Other D'Hart brothers include: Maurity (1748-1776) and Jacob Mauritz (1762-1780).