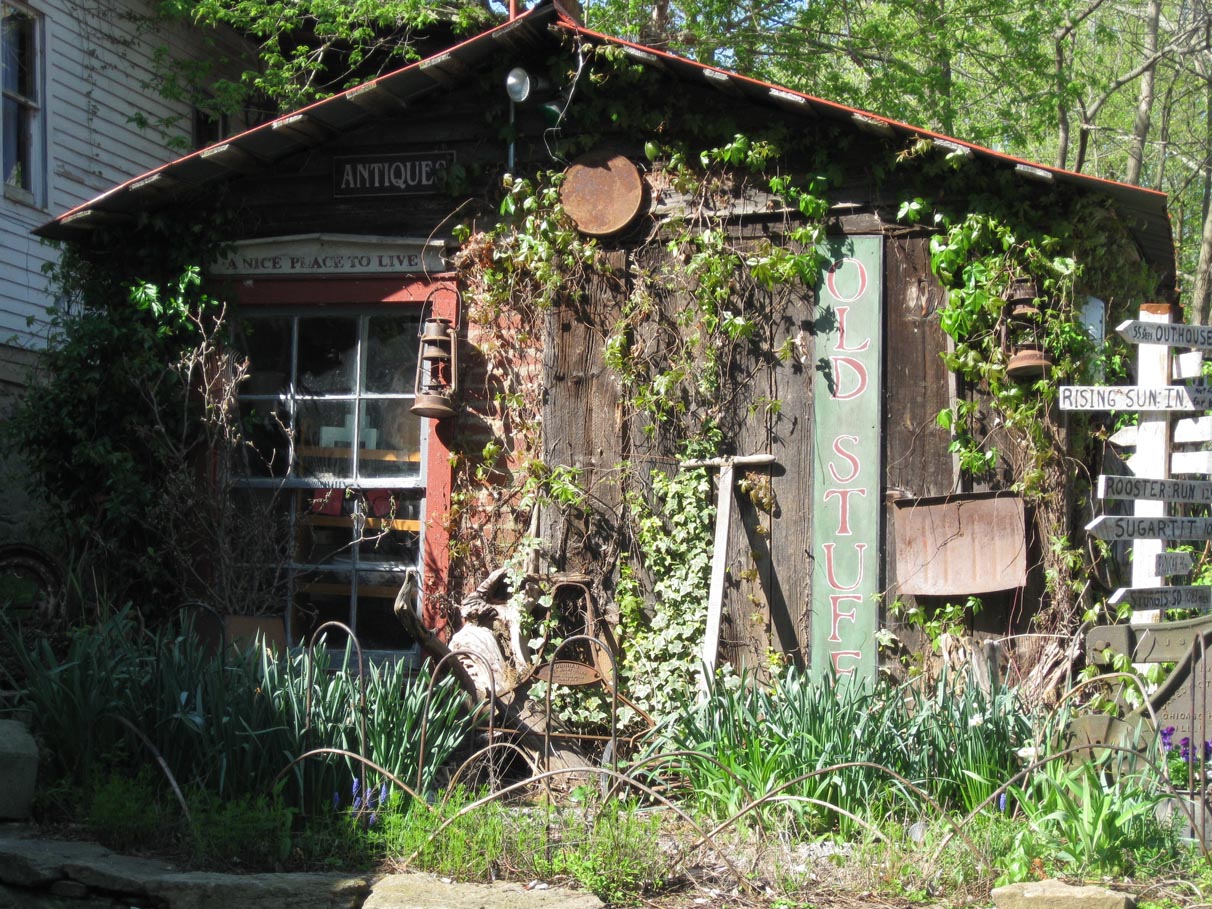 First built in the early 20th century, part of this building floated away in the 1937 flood, coming to rest beside the Rabbit Hash Ironworks building. It is a one-story structure built of brick and concrete block, nearly square in form. The roof is metal and the foundation is concrete. The walls are covered with horizontal wood siding, painted red, which is covered with climbing vines. An open shed, supported by hand-hewn timbers, extends to the west; it was added in the late 20th century. The blacksmith shop later served as a filling/service station with two gas pumps alongside the building and a roadway/driveway between the store and pumps.

The Blacksmith played a key role in this area, as repairs on tools, farming implements, conveyances, ferryboats and other river craft were needed. He also shod the beasts of burden and fabricated household items.