The Thomas A. Huey Farm is one of several East Bend farms associated with the prominent Huey family. The land was purchased by Huey in a series of transactions from 1834 to 1848, and it remained in the family for a hundred years. 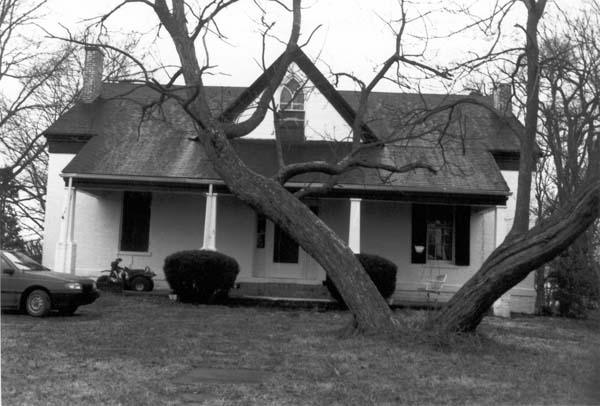 One of several significant Gothic Revival dwellings along the Ohio River, the Huey House is a one-and-a-half-story brick residence on the double-pile plan. The three-bay facade incorporates a central entrance with Greek Revival three-pane sidelights, capped by a transom with stylized Italianate brackets. Centered in the second story is a lancet-arched window with curvilinear Gothic Revival tracery.

Behind the house is a brick tenant house said to have been built as a slave quarter. It is a rectangular brick structure with two openings in the main facade. An early-20th-century English barn of timber-frame construction and a hexagonal icehouse further enhance the property’s significance. A fieldstone wall with stone pillars extends along the road frontage.

The farm sits on Big Bone-Union Road and was added to the National Register in 2000.