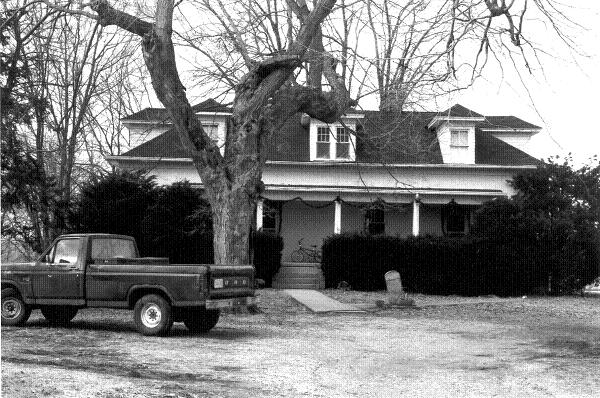 Located on McVille Road, the house was originally built around 1820. At that time it was a two-story center-hall dwelling that faced the river. After the house was damaged by fire in the early 20th century, the upper story was removed; the roof was rebuilt in hipped form with dormers, new porches were added, and the house was re-oriented to the road. Original Flemish bond brick work and jack arches are still visible.

Beside the driveway stands a transverse gable stock barn of the mid-19th century, built of large hand-hewn beams, and a large, hipped-roof smokehouse.