The Thomas Zane Roberts House (BE-1057) is a frame temple-front dwelling with inset corner entry porch, built in 1900. It was designed and built by its original owner, a master carpenter as well as a farmer, miller and inventor. Presently used as a retreat center, it is in very good condition. Beside the house stands Roberts’ former workshop, a frame structure built around 1900. Behind it is a frame smokehouse, likely built around the same time. The Roberts property is located on Middle Creek Road in rural western Boone County, Kentucky, approximately three miles southeast of the Ohio River. The area proposed for listing is a one-acre parcel, which includes the house, workshop and smokehouse, within the larger property, a 16-acre tract. 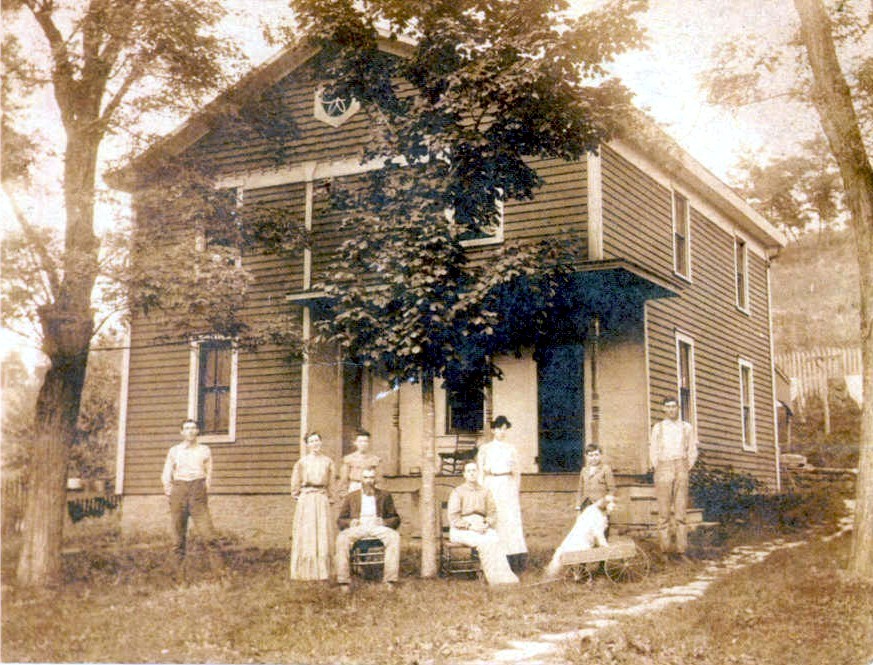 In 1842, Thomas Zane Robert’s parents moved to Boone County and bought 250 acres of land. This land was labeled the “steam mill tract” in deed records; it borders Middle Creek and contains the acreage proposed for listing. The family established a farm and gristmill, where local farmers brought corn and wheat to be ground. The mill, no longer extant, is indicated on D.J. Lake’s 1883 northern Kentucky atlas (Lake 1883).

The Roberts House is located in the picturesque, wooded bottomlands of Middle Creek, one-and-ahalf miles south of Burlington Pike (Kentucky 18). A quiet, narrow, country lane, Middle Creek Road meanders along the creek for which it is named. Most of the farm’s original 250 acres are now part of the scenic Middle Creek Park, operated by the Boone County Parks Department.

The Roberts property occupies a strip of land between the road and a wooded hillside. Nestled against the base of the hill, the main house faces the road and is adjoined by the workshop and smokehouse. Present during Roberts’ tenure, both structures are contributing resources. The property also includes two low stone retaining walls, a contributing resource. Other features appear to have been added after Roberts’ tenure and are therefore considered noncontributing: a barbecue pit and stone-bordered firepit. There is also a small flagstone-paved parking lot built in 2007 that is noncontributing due to age. On the other side of the road, beside the creek, stood the Roberts mill, which has been demolished.