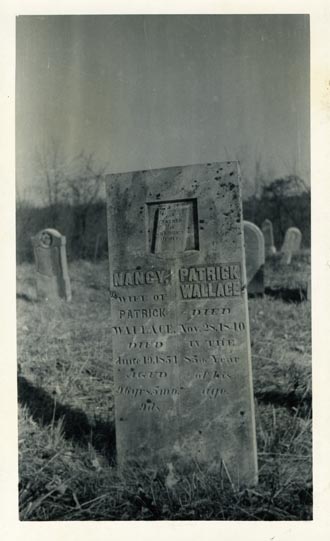 A History of Big Bone Baptist Church states that “General Wallace” sold five acres and donated an additional two acres for the establishment of the church in 1843.1) In his 1840 will, Patrick Wallace left his 200 acres, plus Petersburg lots to his son John, his youngest daughter Mary M. Garrison and a dower for his wife Nancy. Since Patrick was deceased in 1943, presumably General Wallace refers to Patrick's son John.