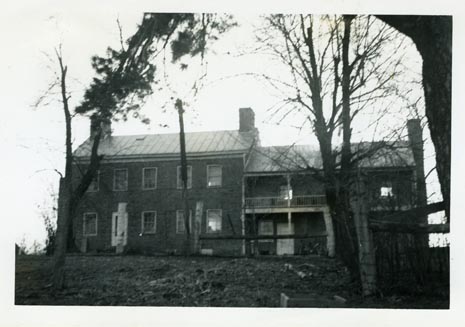 Built prior to 1800, the Watts House on Williams Road in Hebron was owned by the political and prominent Watts family during the 1800's. In 1883, the house was owned by Mary Ann Whitaker Watts, widow of William Watts (1808-1879). Before the Civil War, the property was worth over $20,000 and held slaves. After the Civil War, William Watts made unfortunate investments in the hog business and committed suicide in November 1879. Right after Watt's death, the property was listed for sale for back taxes in the Boone County Recorder.