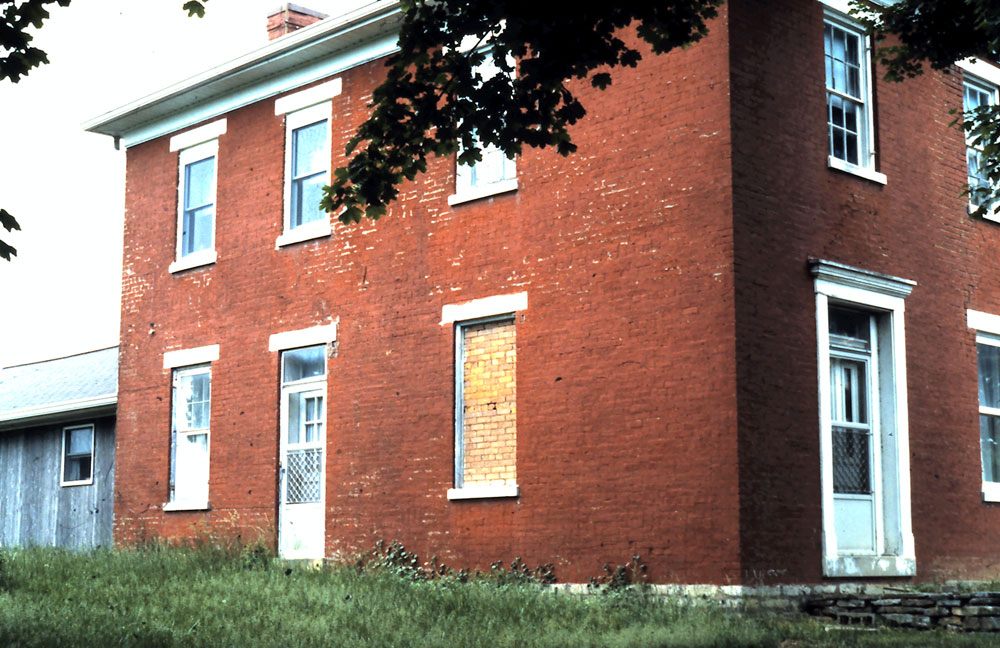 The Will Hind house, located in the Verona vicinity and named after the original owner, is doubly significant: the house is one of the best-exucuted Greek Revival houses of its type and around the house is a complete groups of antebellum outbuildings. Built in the 1840s or 1850s, the two-story brick house has a doubl-pile side passage plan. The interior moldings are grandly scaled and include such Greek Revival favorites as pediments over the windows and crossette architraves around the doors.

The outbuildings are grouped loosely in a semicircle aroundthe rear of the house. They include a stone icehouse, a stone cellar, brick slave quarters and a brick smokehouse. Boone County: a survey of historic sites in Kentucky 1979:78