This house originally was the centerpiece of a 315-acre farm belonging to William E. Hudson, brother of Samuel W. Hudson, whose farm was located on the north side of Chambers Road. The Hudson brothers were born in Boone County to Elisha and Patsy Kennedy Hudson.1) 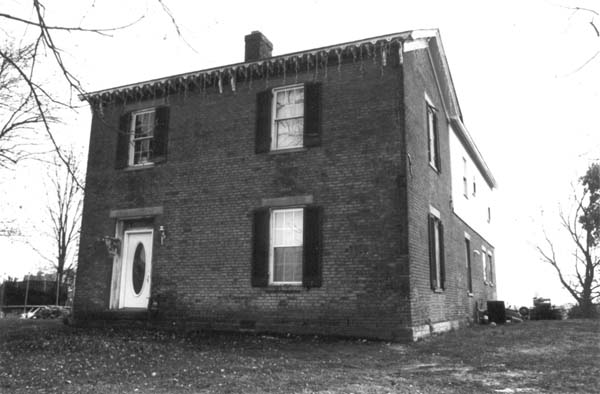 William E. Hudson’s house, like that of his brother, is a late Greek Revival residence of austere mien, built in brick. Its asymmetrical facade contains only two bays rather than the customary three. A long kitchen ell, raised to two stories, extends outward from the rear and includes a recessed gallery.

The house currently sits on Lassing Way in Richwood. It was preserved when the farm acreage was developed as the Bedinger’s Landing subdivision. Prior to the development, the house was vacant and deteriorating, it is now being restored.

The House was added to the National Register in 1989.