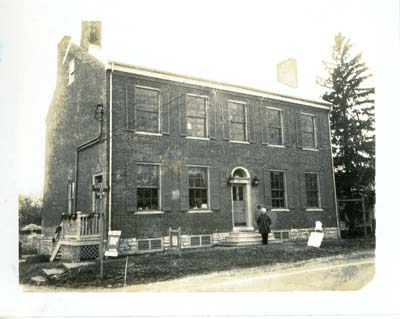 Located on Jefferson Street, just north of the Courthouse Square, the house is the best-preserved residence in early Burlington. Built as a home c.1822, the house was later used as a hotel and a grocery. It has been extensively rehabilitated and opened in late 2001 as the Tousey House Restaurant.

The building is a stately Federal brick dwelling on the center-passage, double-pile plan. The facade is laid in Flemish bond, and the bays are topped by finely constructed flat and semi-circular arches of gauged brick. Paired chimneys rise from the gable ends.