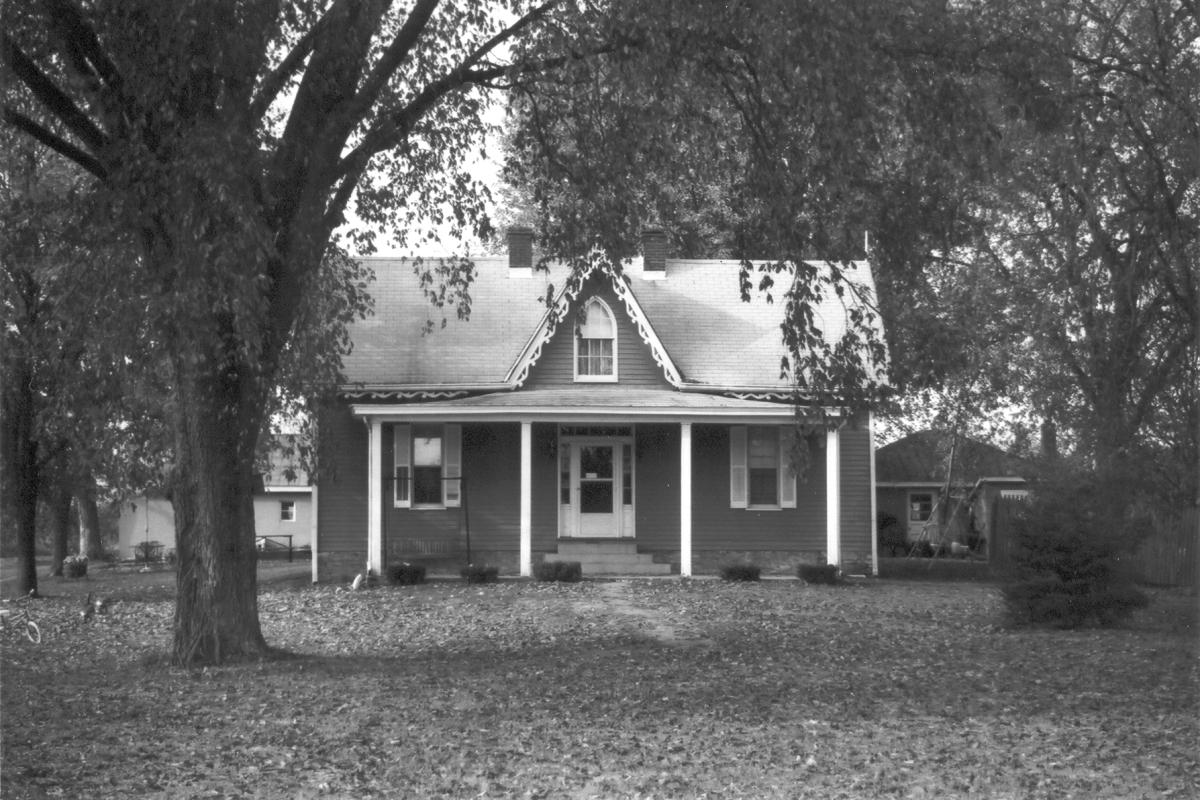 A vernacular “Downing Cottage,” this Gothic Revival dwelling was built c.1860 for the son of Joseph C. Jenkins, part owner of the Boone County Distilling Company. Local tradition maintains that the house was sited so the son could be observed by the father, but not heard. In 1880 Jenkins sold the house to George R. Berkshire, whose family retained ownership until the 1950s.

A prominent gable is centered on the facade; it is crowned with a finial and highlighted by lacy carved bargeboards. The entry is trabeated in the Greek Revival manner, with modest pilasters, while the door contains twin lancet-arched panels.

The house was added to the National Register in 2000.