The jailhouse located in the county seat of a rural community is certainly an important and necessary building. In the last quarter of the 1800’s, the Boone CountyJail in Burlington was much more than a functional institution of confinement. The controversies surrounding the jailhouse and its purpose ranged from incompetence and security breaches to design flaws and maintenance. These issues prompted a lively debate between two citizens, played out in the pages of the Boone County Recorder.

In the years between 1877 and 1898, there were at least 10 successful (and several attempted) prisoner escapes. The means of escape included: cutting a hole in the wall, kicking the door open and tricking or pushing past the jailer. There were also “break-ins”; vigilantes entered the jail by ramming the door repeatedly, forcibly taking inmates to enforce their own violent form of justice, some ended in lynchings, without any successful intervention by men in charge. This happened under the watch of more than one jailer.

One local man identified as “G.G.” in his letters to the paper, points out the shortcomings of the building and its maintenance, which he sees as unacceptable for the recently constructed jail, which cost the taxpayers over $4000. Keep in mind, the letter is dated 1876, when a pound of coffee was less than a quarter. “G.G” describes a building with terrible conditions, that it is a “disease-breeding and death-begetting dungeon“. He then goes through the shortcomings: tight quarters, leaky roof and poor ventilation among them. Though the Recorder reports that the facility is “not fit for hogs”, compassion for prisoners is not always met with agreement.

“G. G” has an editorial adversary, Oscar Gaines, a local farmer and appointed member of the jail committee, disputes each criticism point-by-point. Mr. Gaines quotes the jailer, Mr. Cowen, and cites the opinions of jail “residents” as to their comfort and satisfaction of their temporary home. Gaines also speculates about the identity of “G. G.” and decides the initials must stand for “gas gun” in reference to his letters containing an “accumulation of gas” and the “gun” in reference to his single barrel” and “double barrel” attacks in his critical letters to the editor. This banter continues for several weeks before ending. It's clear a consensus will not be reached.

A Grand Jury inquiry into the jail prompted a $7000 renovation in 1885, meant to improve conditions of what was then considered a “county disgrace”, and to address citizens’ ongoing security concerns. It appears that this may not have been money well spent, as yet 3 more inmates escaped after the renovation. 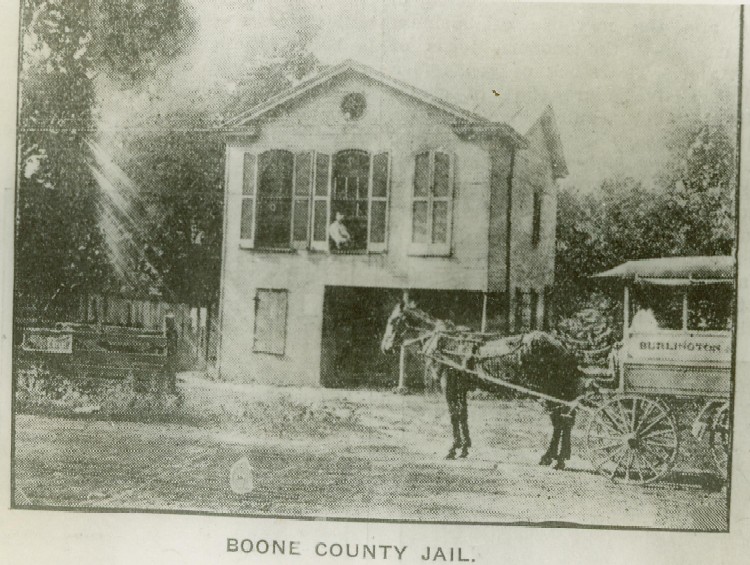