With its northern and western perimeters bordered by the Ohio River, floods have been a common occurrence in Boone County.

January 1937 saw the beginnings of the worst flood in the recorded history of the Ohio River. Several states were effected, with hundreds of cities and towns inundated by the deluge. In the Greater Cincinnati area, the flood waters crested at 80 feet. 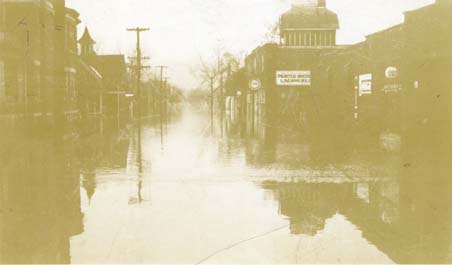