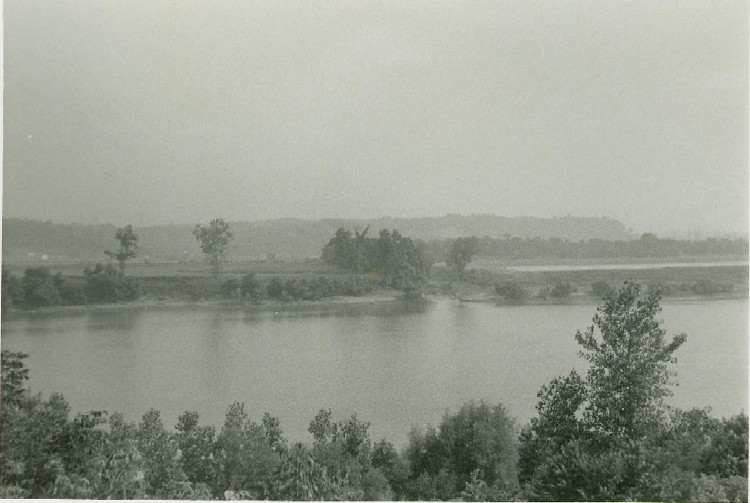 In its earliest days, Boone County prospered largely because of the Ohio River that forms its northern and western boundaries. At one time there were six major ferry crossings to the opposite shores of Ohio and Indiana, and at least as many shipping points with warehouses. Nineteenth century agricultural activity in Boone County was dominated by largely subsistence farming but a surplus of goods produced and easy access to river shipping routes provided the opportunity for extra income.

The early farms had ready access to the Ohio River and its river markets, and most appear to have thrived in nineteenth century Boone County. The towns along the river, such as Constance, Taylorsport, Petersburg, Belleview and Rabbit Hash, however, failed to develop as trade centers for the interior of the state. They instead became specialized centers for cross-river ferry traffic, post offices, general stores and businesses that served the needs of the surrounding rural population. The fertile floodplain along the Ohio River in Boone County seems to have attracted those settlers who were more interested in agriculture than in commerce, but there are other reasons, including geography and the nearby development of Cincinnati, for the lack of commercial growth in Boone County.

Early county industrial activity included distilleries at Petersburg and Hamilton, and the building of steamboats at Big Bone and Belleview. Inland, the waters of Gunpowder Creek, Woolper Creek, Middle Creek, Mud Lick Creek and other creeks were harnessed by the development of grist mills, grinding corn to meal and wheat to flour.