The town of Constance is located along River Road (KY Route 8), which follows Boone County's northern border. Along with neighboring Taylorsport, it lies on a narrow strip of land at the base of a steep bluff in the Taylorsport Precinct. 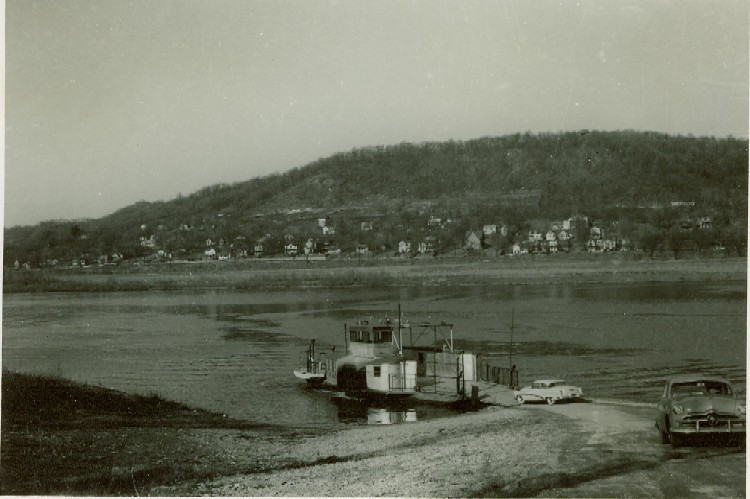 Constance was founded around 1800 when George Anderson began operation a ferry to western Cincinnati. The Dry Creek-Mitchellsville Turnpike (KY Route 20) to the west connected the town with the interior of the county. During the early 1800's large numbers of immigrants from Baden and Wurttenberg in southwestern Germany made their way to Constance, no doubt because the river, with its steep, forested hills on either side, reminded them of their homeland in the Rhine Valley. The name “Constance,” which was chosen for the post office in 1853, is taken from a town on the Rhine. As years passed they were joined by German families from Cincinnati.

The small community included a store and post office, a blacksmith shop, a church, a tollhouse, and a large stone house that served as a tavern. Herds of livestock were driven to the town and then ferried to Cincinnati stock yards. By 1880 the town's population was 135.

Many buildings were lost in repeated floods, and several houses were relocated from the water's edge. In the most dramatic example, a frame house was jacked up and placed on top of a high stone foundation. Constance is now home to the largest interstate water transfer system in the United States.

In 1967, TWA Flight 128 crashed in the wooded hillside of Constance killing 70 people.