Boone County is home to numerous churches, many of them historic. The importance of religion in the lives of Boone County pioneers is evident in the number of churches founded during the late 18th and early 19th centuries. The earliest white settlers, as is typical of Kentucky, included many Baptists and Presbyterians, with the former more numerous by far. One of the best-known and most historically significant of the churches founded in the settlement period was the Bullittsburg Baptist Church, established in 1794. Another settlement-era church of great historical significance was Hopeful Lutheran Church near Florence. Founded in 1806 by a group of German immigrant families from Madison County, Virginia: Hopeful is said to be the first Lutheran church organized west of the Alleghenies.

As the century progressed, a diverse array of churches opened their doors, including Methodist, Presbyterian, Christian (Disciples of Christ), Unitarian Universalist and Church of Christ congregations. St. Patrick's Catholic Church in Verona, the oldest Catholic church in the county, was founded in the 1850s by Irish immigrants who settled in the vicinity of the town. African-Americans founded several Baptist churches in the years after the Civil War, including First Baptist Church in Florence, and Zion Baptist in Walton. 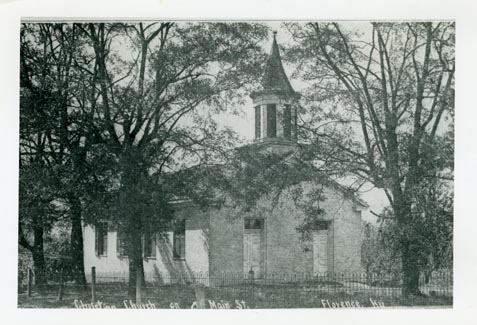