In 1794, a small church was constituted along the north bend of the Ohio River. The congregation consisted of eight members, most of whom had moved from Clear Creek. The first baptist church in the area, it was originally called Great Bend of the Ohio Church, and then named the Baptist Church of Christ at Bullittsburg before its current name. It was a member of the North Bend Association of Baptists. 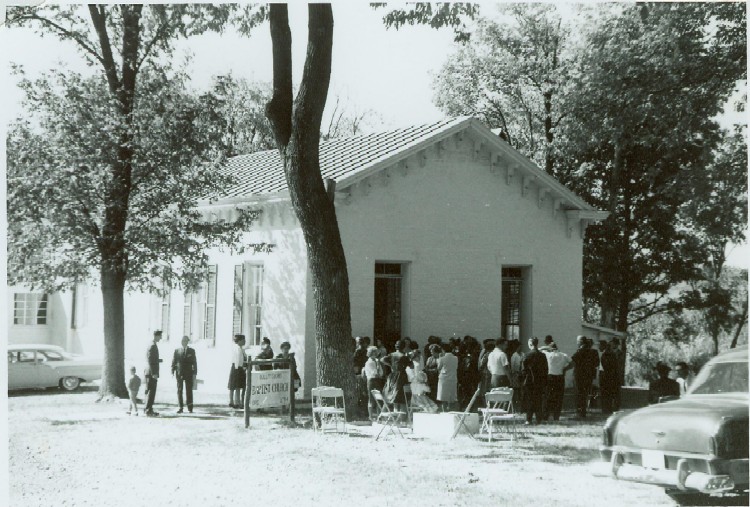 Well-known pastor John Taylor moved to the area in April 1795 and joined the membership. Though invited to join the congregation as a pastor, he declined, in deference to the current pastor, Brother Deweese. Taylor wrote about his experiences at the little church in his History of Ten Churches published in Frankfort in 1823.

The church is located near the log home of George Gaines (BE-83), who originally donated the land on which the church stands. The church cemetery, bounded by a wrought-iron fence, was established in the 1860s.