Florence, a major crossroads community, was established at the intersection of roads from Covington to Louisville and Lexington. Ten miles from Covington, it eventually became the first stagecoach stop on the trip south. 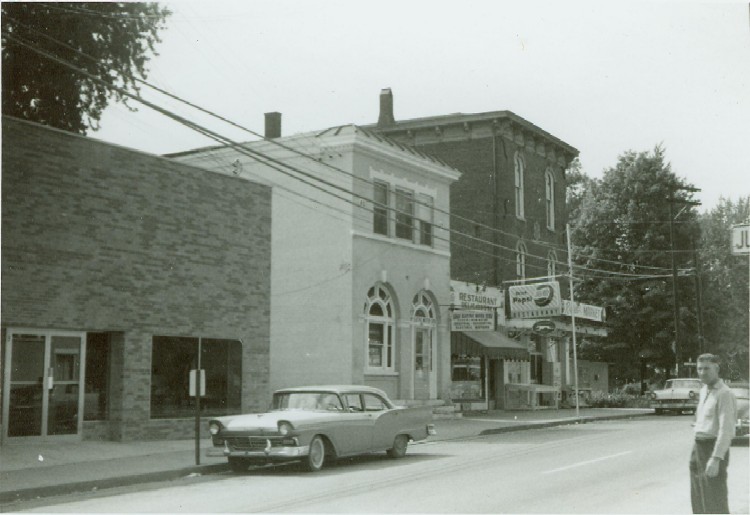 In the early years of development, Florence was known as Crossroads, Polecat, Maddensville, and Connersville, under which a Post Office was established in 1828. The Post Office again caused the name of the community to change because of confusion with another Kentucky Connersville, and it was established by the Legislature of the Commonwealth as Florence in 1830. But Florence is best known by its nickname “Stringtown” applied by John Uri Lloyd, which he immortalized in his famous Stringtown series, “Stringtown on the Pike”.

The Covington-Lexington Turnpike brought a tremendous amount of traffic through Florence. The mid- to late twentieth century was a period of major growth for Florence as it became a regional commercial and retail hub. Florence is now the largest city in Boone County, and the second largest in Northern Kentucky. Businesses included the old Southern Hotel, the Florence Hotel, and the Wildwood Inn.