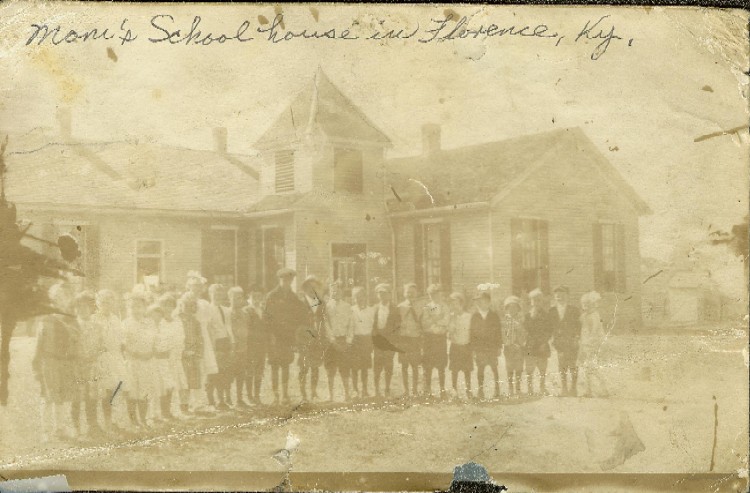 The Center Street lot on which the building stands has been used for school purposes since 1890, when a two-room schoolhouse was built there. The present school was erected in 1931 at a cost of $265,000. As built, it housed grades one to twelve; it became an elementary school in 1954 when Boone County High School was constructed.

A substantial brick building of restrained Art Moderne style, the Florence school is horizontal in form, rising two stories above a raised basement (a popular form for school buildings of the mid-20th century). Focal point of the facade is a shallow projecting entry pavillion; the main doorway is enhanced by molded concrete surround and low-relief frontispiece. Additions at the west side and rear date from 1954.