In the early nineteenth century, when Boone County's population began to grow, the county was divided into two precincts corresponding to the northern and southern halves of the county. As the population continued to grow, more precincts were created, generally named after the town in which Boone Countians gathered to vote.

The 1883 Atlas of Boone, Kenton and Campbell Counties, Kentucky lists 12 voting and census precincts within Boone County. They are (in alphabetical order): 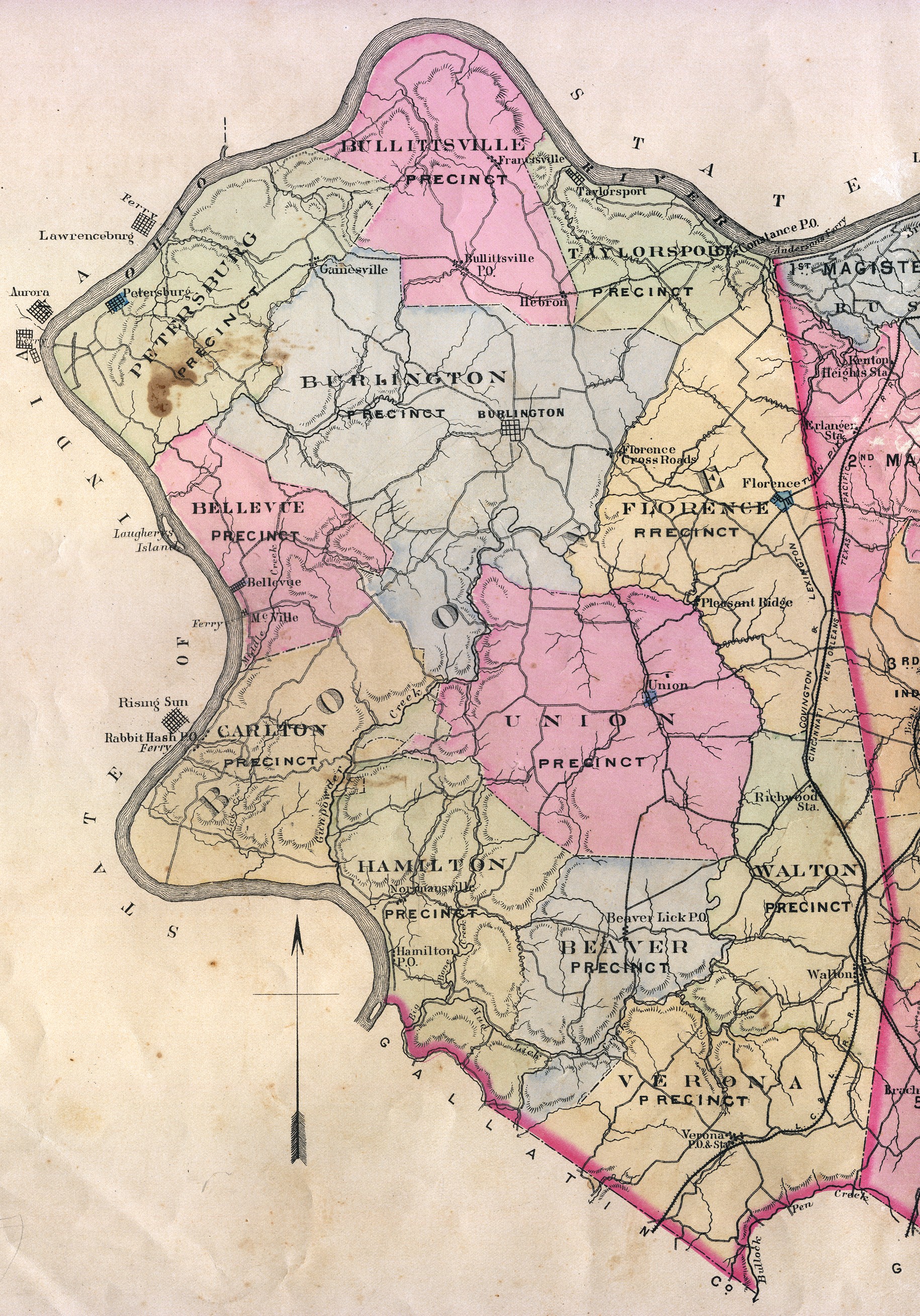