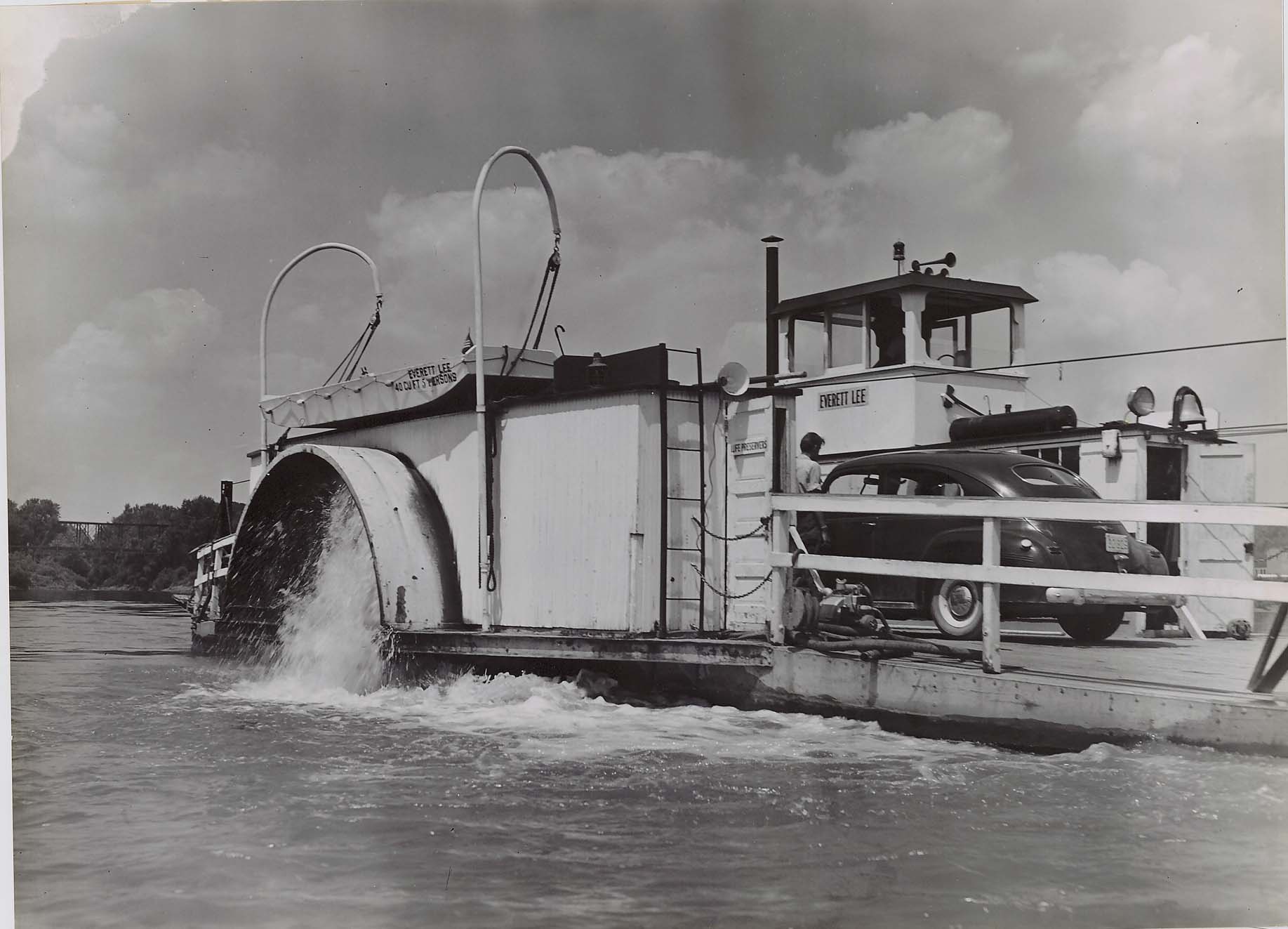 In its earliest days, Boone County prospered largely because of the Ohio River that forms its northern and western boundaries. Riverboats carried farm produce upriver to Cincinnati, ferries offered trans-river access to cities in Ohio and Indiana, and steamboats brought goods, passengers and newspapers to Boone County river towns from as far away as Pittsburgh and New Orleans. Since Kentucky owned the Ohio River to the low water mark of the opposite shore, all Ohio River ferries were under Kentucky jurisdiction. All ferry bonds were issued in Kentucky, and Boone County ferries were registered at the Boone County Courthouse. At one time there were six major ferry crossings to the opposite shores of Ohio and Indiana and at least as many shipping points with warehouses. The c.1817 Anderson Ferry at Constance, along the county’s northern river edge, has been in continuous year-round operation for almost 200 years and is today one of only three full-time ferry operations remaining along the entire length of the Ohio River.

During the early 19th century, numerous toll roads were built in the county. Two major highways, the Covington-Lexington Turnpike or Lexington Pike (now US 25), and the Louisville Turnpike (now US 42), provided historic connectors between the interior of Boone County and central Kentucky. As a major toll road crossing Cincinnati, northern Kentucky, and the Bluegrass region, the Lexington Pike traversed the eastern border of Boone County, following the Dry Ridge Divide. Stagecoach lines connected the interior of the county to neighboring cities. With the creation of a numbered federal highway system in the 1920s, the Lexington Pike became part of a national road from Michigan to Florida: U.S. 25, the Dixie Highway. New neighborhoods were platted in Florence, Walton, and other towns along its route, and houses were also built on open land nearby. New businesses, including filling stations and auto repair shops, sprang up to serve motorists.

Following the Civil War, rail lines connected southern Boone County with the outside world. The Kentucky Central Railroad, later acquired by the Louisville & Nashville, laid trackage across southeastern Boone in the late 1860s, serving Walton and Verona. In the mid-1870s, the Cincinnati, New Orleans & Texas Pacific, later part of the Southern system, laid tracks parallel to the Dry Ridge Divide, stopping at Walton and Richwood. Goods shipped by rail were then delivered by wagon to interior towns.