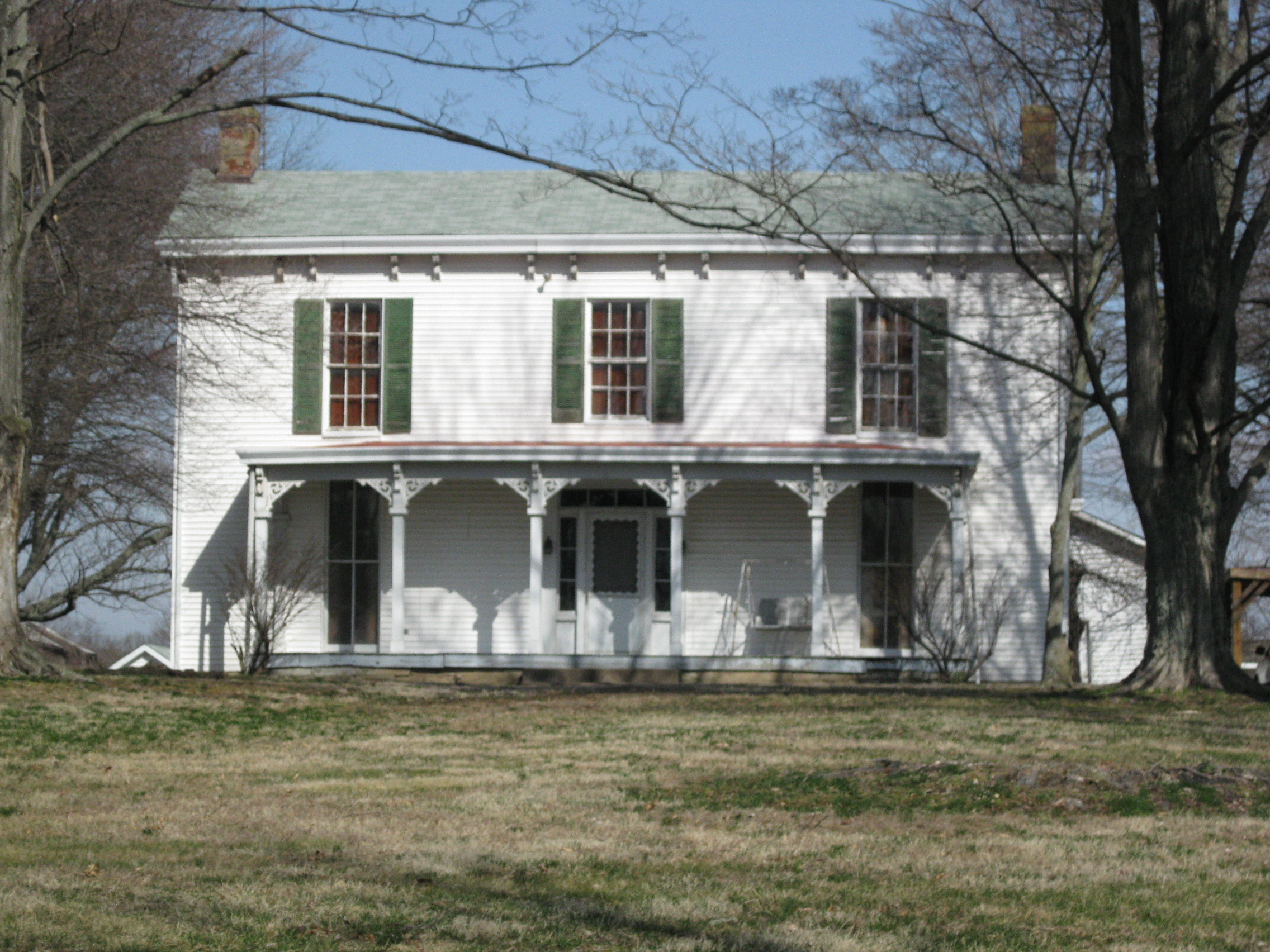 Like many historic homes in Boone County, the Harvey A. Hicks House was built in a couple of stages. According to Hicks family history, Harvey Allen Hicks was born in Fayette County, Kentucky to Abraham Hicks and Martha Wood in 1830. He came to Richwood in 1854, when he married Sallie Williams and bought the 850 acre Menzies Farm. The original portion of the house dates to the mid-1830's and was probably the home Harvey and Sallie moved into after they were married. There is no record of the couple having children and Sallie died in 1868 and is buried in Richwood Presbyterian Church’s cemetery.

In 1870, Harvey married his neighbor's daughter, Sallie Stansifer and had five children over the next twelve years. It was soon after his second marriage, that the front façade of the house was built. It makes sense that the growing family needed more room! The Hicks children were: Henry, Elizabeth, Mary Rose, Samuel and Sarah Belle.

During his years on the Richwood farm, Harvey Hicks became known for his livestock nation-wide. It is said he came to Boone County with $1000 in his pocket. In 1860, just six short years later, he was worth over $15,000 in land and property. In 1873, Harvey Hicks was listed as one of the first members of the Northern Kentucky Trotting Association. When he died on August 18th, 1902, his obituaries mentioned the Richwood farm being one of the best in the Bluegrass. Harvey A. Hicks died two years after having a paralyzing stroke and buried next to his first wife.

His widow, Sallie, continued to live on the farm with her daughter Sarah Bell and her family. Sallie Stansifer Hicks died in June of 1930 and is also buried in Richwood Presbyterian Church's cemetery. Descendents of Harvey and Sallie continued to live on the property throughout the 20th Century. The home is a great example of a well-preserved Boone County family farm.