Named for the local church that predated it, the town of Richwood grew up along the Covington-Lexington turnpike (U.S. 25), which linked Northern Kentucky with the Kentucky Bluegrass region. The level to gently rolling farmland around Richwood is the richest in eastern Boone County, and farmers there were well-served by an excellent transportation network. 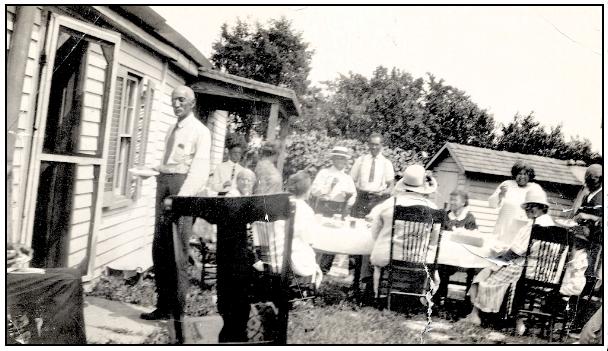 The prosperity of some Richwood farms relied on African-American slave labor, as well as Irish immigrant labor. In the years before the Civil War, the capture of runaway slaves from Richwood gained national attention, especially the case of Margaret Garner.

The Civil War came to the Richwood area on September 25, 1862 with the Skirmish at Snow's Pond, near the village of Kensington. A Kentucky Highway marker now marks the site of the encounter, which was one of only two Civil War engagements in Boone County.

In the mid-1870s, the Cincinnati, New Orleans & Texas Pacific Railroad, later part of the Southern Railroad system, laid tracks parallel to the Dry Ridge Divide, stopping at Walton and Richwood. A depot and section house were built in town, and a pond was dug to supply water for the steam locomotives. The depot was the center of the small community, with a general store and a schoolhouse nearby. On the west side of the tracks farmer Wesley Hoggins operated a horse barn, cattle barn, and scales. A bank was founded in 1909 but closed after several years of operation.

With the construction of Interstate 75, car and truck traffic through Richwood vastly increased, and large-scale commercial and industrial development followed. By the 1990s Richwood was part of an industrial corridor extending south from Florence toward Walton.