Kentucky women’s fight for suffrage began long before it was signed into law in 1920. Women’s rights activist Susan B. Anthony visited Kentucky in 1879, to gain the support of Kentucky women. Much earlier, in 1837, widows in Kentucky (this right did not extend to people of color) were entitled vote on behalf of their dead husbands in school district elections. This is widely considered an early landmark in women’s suffrage, but the decision was not final. The Kentucky Legislature repealed women’s school-district voting rights in 1902, then restored them again in 1912.

The subject of the larger women’s vote was regularly covered by the press. The Boone County Recorder’s editorial columns often praised the courageous hearts and gentle souls of local ladies, but did not support their right to vote. This flattery did little to quiet the narrative; discussion continued. One editorial contributor to the Recorder in 1902 pointed out the root of the movement, noting the following: “is it not merely an objection to taxation without representation?” His resolution was to offer the women’s club of the grange (agricultural organization) as an outlet for women to exercise voting rights. 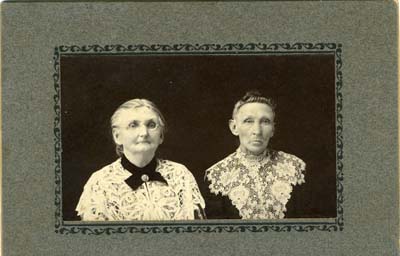 By 1916, women’s suffrage made the news with even more frequency, but had become a more complicated issue. Often, the women’s suffrage movement was linked to other causes: the temperance movement, child labor issues, and adult workers’ rights among them. Many of the same advocates for women’s voting rights were also vocal on these issues and the suffrage movement was rarely mentioned as an independent issue. Prohibition of alcohol was the most divisive of these causes, and often was presented as cause for opposition to the vote for women.

The Boone County Recorder ran a front-page opinion piece on November 23rd, 1916, which had originally run in the Cincinnati Enquirer. The unnamed writer pointed out that, given the chance, women would vote based on the “person” while men vote with the “community” in mind. He made mention of the social issues often linked with women’s voting rights as those which would affect individuals near and dear to the hearts of women. The article concludes that women gaining the right to vote would ultimately have a negative effect on home and family.

In 1920, a women’s suffrage convention was held in Boone County, with the following officers elected: Mrs. Dessie Ryle, president; Mrs. Sallie Bodie, vice-president; Mrs. Vida Stephens, secretary and Mrs. Flora Stephens, treasurer. It should be mentioned that one of the Stephens husbands was not in agreement, according to the “Neighborhood News” section of the Recorder, but the women pressed ahead, undeterred.