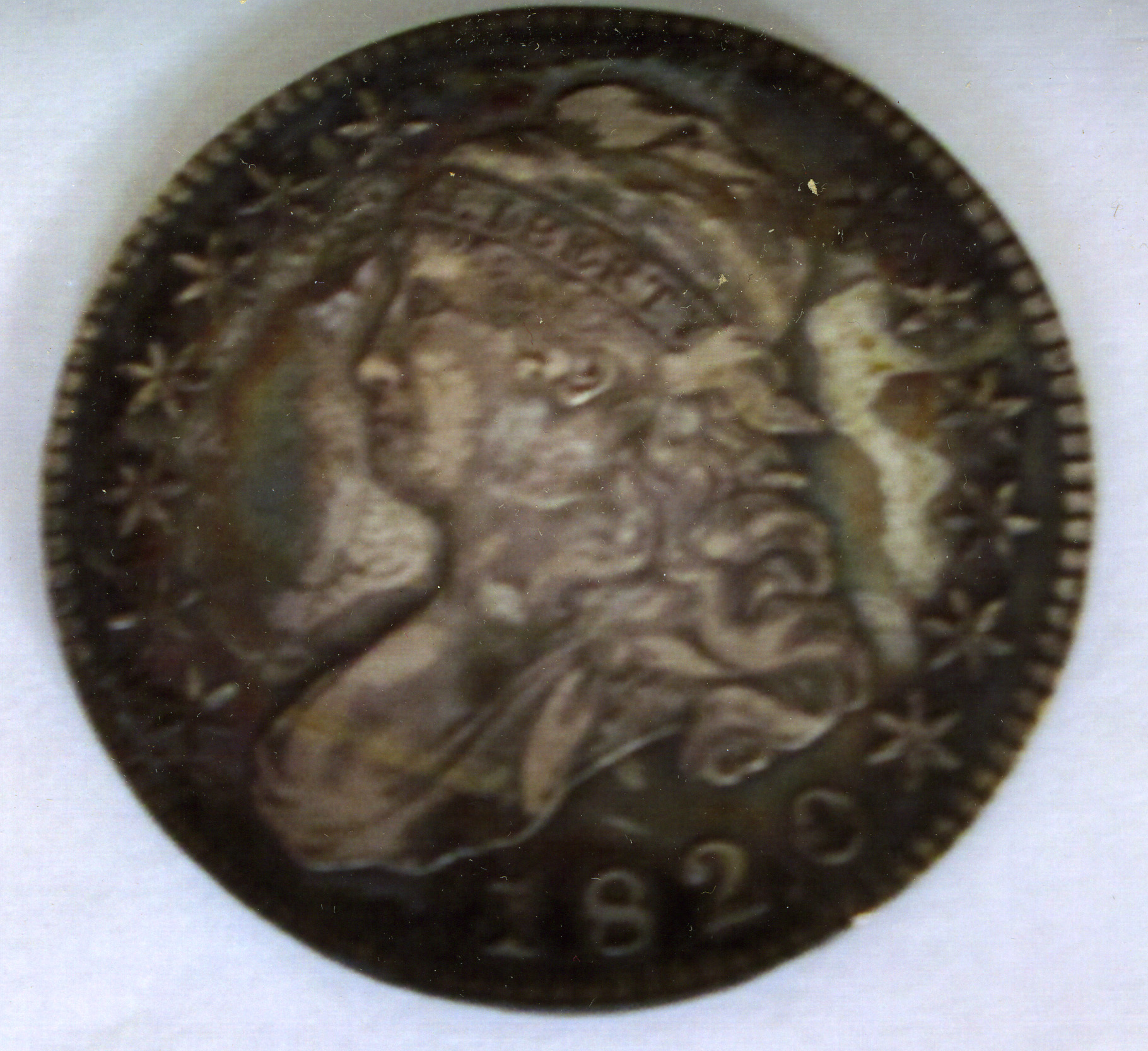 It is reported that in May of 1825, while traveling through Kentucky from Georgetown to Covington, General Lafayette dined at an inn and stage stop in Florence, Kentucky, operated by the Williams family. The inn was on Main Street opposite Girrard Street.

The story is told in A. M. Yealey autobiography, that General Lafayette paid for his meal and rest with a half dollar minted in 1820.

Mr. A.M. Yealey, former Mayor of Florence, came into position of this coin in 1900 through heirs of the Williams family.