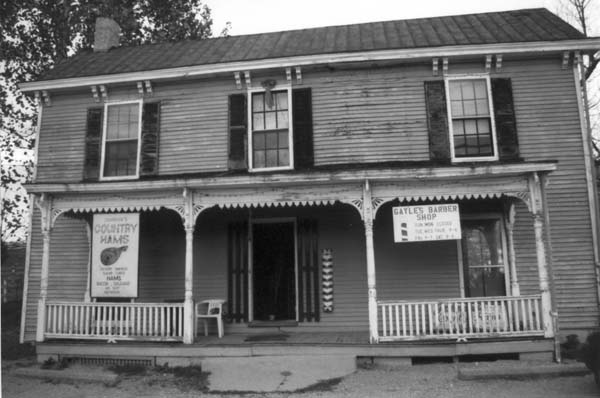 A focal point of downtown Union, this historic home is one of the most intact Victorian dwellings along U.S. 42. The R.T. Clements House is a vernacular Italianate residence, it is distinguished by paired cornice brackets, placed in line with the narrow windows, and a broad, Folk Victorian porch. A closer look reveals that the three-bay facade is not quite symmetrical: a visual illusion. A former smokehouse is incorporated into the rear ell, and a back porch was enclosed in glass in the mid-20th century.

Roger T. Clements was proprietor of a general store in Union, and served as postmaster in the 1860s.