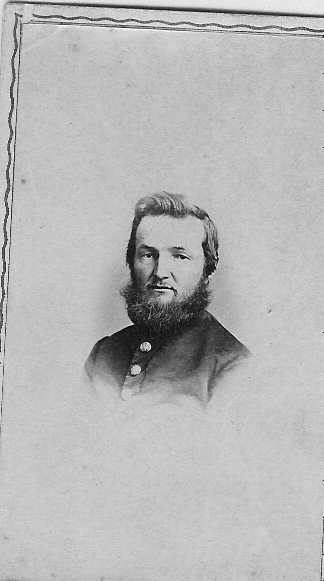 Dr. William H. Terrill, born in Petersburg 1829 to John and Nancy (Walton) Terrill, was the second son of 9 children. He married Miss Norah Cooper, with whom he had three children. William died in 1885 of kidney disease, Norah in 1882, of heart trouble. They are buried together in Petersburg Cemetery. William was a physician both in civilian life and during his time in the military. During the Civil War he served in the Union army as a surgeon for the 16th Indiana Cavalry. Of his four brothers, one fought for the Union and the other three fought for the Confederacy.

There were many physicians in the Terrill family, and the Boone County Recorder mentions the surgery of a local woman, performed by a Dr. Jonas Terrill, assisted by Dr. William H. Terrill and other Terrill family doctors.