Born on November 9, 1817 at Piatt's Landing, Edward Richard Sprigg Canby was the oldest son of Dr. Isreal T. Canby and his wife Elizabeth (née Piatt). Canby attended East Bend School in Boone County until his father moved the family to Indiana. He attended Wabash College for a time, and then was admitted to the U.S. Military Academy, graduating in 1839.1) 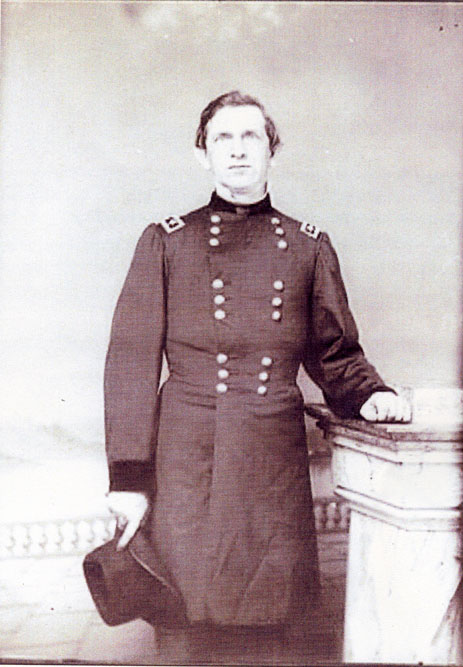 Canby's first military duty was in Florida during the Seminole Wars. He later participated in the Native American removal to Oklahoma, what is now known as the Trail of Tears.2) He would then serve as part of Riley's Brigade in General Scott's Army in the Mexican War, specifically during the seige of Vera Cruz, the Battle of Cerra Gorda, Contreras, and the taking of Mexico City.3)

When the Civil War broke out, Canby was at Fort Defiance in what is now Arizona. As Rebels out of Texas began marching West for California, much of New Mexico was lost. Canby commenced the practice of guerilla warfare, pushing the Rebels East.4) In 1863, Canby was dispatched to New York to settle the draft riots. He was also with Admiral David Farragut during the Battle of Mobile, which resulted in the occupation of Mobile and Montgomery, Alabama. He would accept the surrender of Generals R. Taylor and E.K. Smith, along with their armies - the last two Confederate armies remaining in the field.5)

Canby continued to work for the United States' government during the Reconstruction, and as security for the District of Columbia. His last appointment on the Pacific Coast led to his ill-fated meeting with the Modoc tribe. On April 11, 1873, Canby road out to meet Captain Jack of the Modoc tribe for a peace meeting. After socializing and passing around cigars, Canby attempted to start the discussion, and Captain Jack signaled his warriors to attacked the emmissaries. Canby and another were killed, one of his aids was wounded. It then took the surrounding U.S. Army of 800 three months to defeat the 50 Modoc warriors. Canby was burried in Indianapolis Crown Hill Cemetery.6)

Presented by Steve and Betsy Conrad, 2011