Famed far beyond Boone County's borders, this Rabbit Hash landmark is the best-known and best-preserved general store in Northern Kentucky. The building's central storeroom is of vertical board construction with four principal posts down each side wall; it is believed to date from ca.1830. The flanking sheds were added later, as was the raised parapet with Coca-Cola sign. 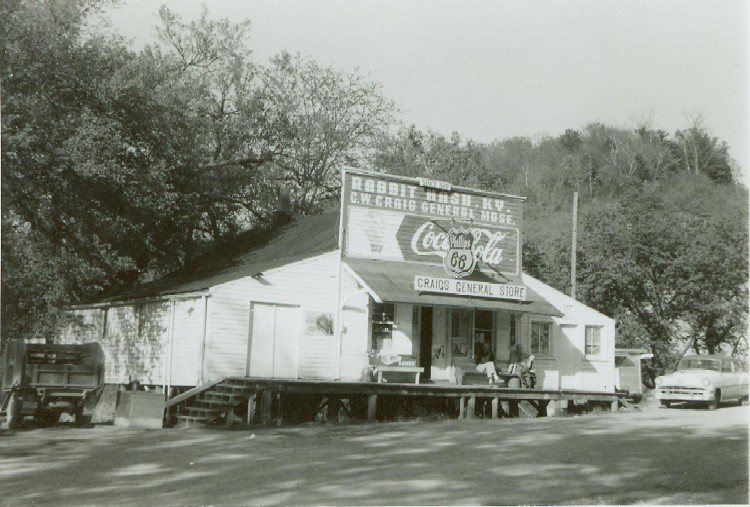 Originally built at road level, the building was subsequently raised on pilings to protect it from floods; an ingenious system of iron anchor bolts also was installed, designed to tie the building to the ground in high water. These design features helped preserve the building when historic floods ravaged the town in 1937.

The store has been restored and is a tourist attraction as well as a local amenity. It was added to the National Register in 1989.