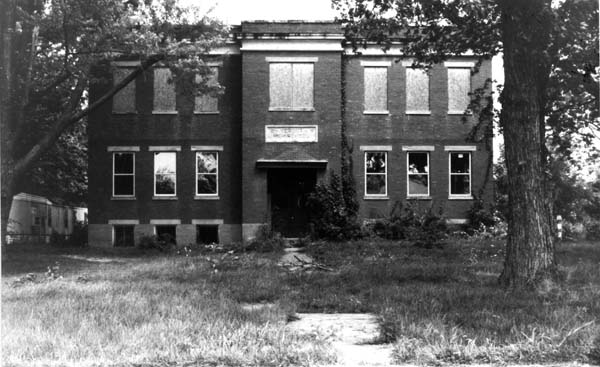 In May 1914, the residents of Verona approved a bond issue for the construction of a high school in the community. Construction of the school on Walton-Verona Road began in August and was completed the following September. George Nicholson, who also built the Walton Graded School, was the contractor. The building housed grades one through twelve until 1935. In 1954 it was converted to an elementary school. It is presently vacant and awaiting rehabilitation.

The building is a brick edifice of symmetrical design rising two stories above a raised basement. Above the doorway is a rectangular sandstone bearing the inscription, “Verona High School” and the date “1914.” The building's restrained, functional design represents the standard for school construction in the county from the turn of the 20th century through the 1930s.

The School was added to the National Register in 2001.