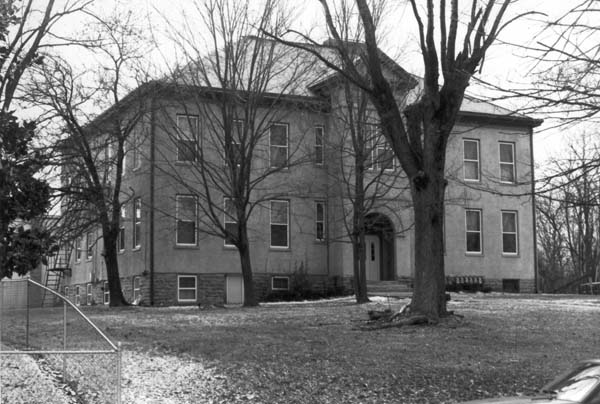 The school, which included twelve grades under one roof, opened on North Main Street in 1902 following the creation of the Walton Independent School District. The high school was the first public secondary school in the county. Classrooms for the first eight grades were on the first floor, and a high school and a chapel occupied the second.

The building was constructed by the contracting firm of George Nicholson. The building is a sturdy two-story brick structure with hipped roof; the walls are now covered with stucco. It has been converted to apartments.