Hebron Lutheran was organized in 1854 by sixteen German immigrant families who were originally members of Hopeful Lutheran Church near Florence – one of the oldest Lutheran congregations west of the Alleghenies. 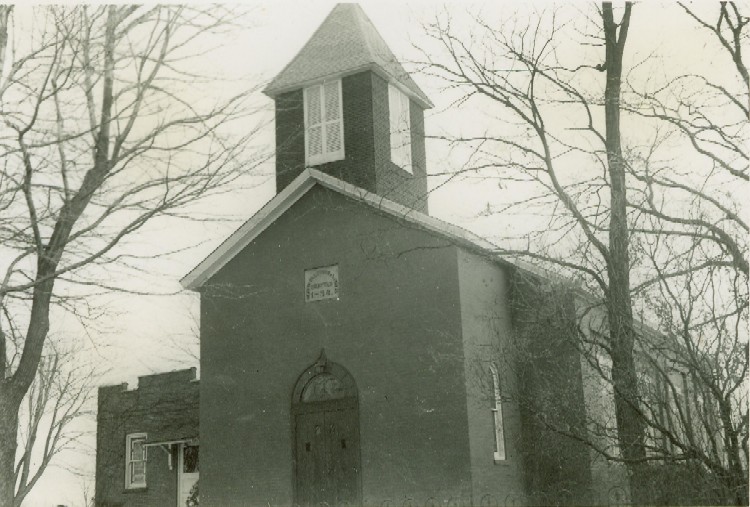 Hopeful's founders, originally from Alsace or the Palatinate region of southwestern Germany, emigrated to Madison County, Virginia during the 1700s, where they were members of Virginia's Hebron Evangelical Lutheran Congregation. During the 1800s they migrated west to Kentucky, traveling along the Wilderness Road.

Lakes 1883 atlas indicates that many descendants of the Germanna migrants, including members of the Tanner, Crisler, Crigler, Clore and Rouse families, continued to live in or near Hebron many years later.

A cemetery adjoins the church.

The town of Hebron was named for the church, with whose early history it is closely intertwined.