During the Civil War, many families experienced divided loyaties. This occurred often in border states like Kentucky. In Boone County, the Terrill family of Petersburg was one of these families. John and Nancy Terrill had five sons who fought in the war, three Confederate and two Union. 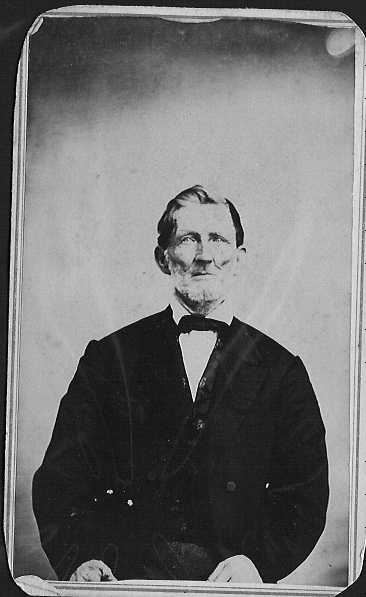 On the Union side of the war, Dr. William H. Terrill enlisted in the 16th Indiana Cavalry, as a Captain and surgeon. Younger brother Robert Q. Terrill was a first Lieutenant in the Kentucky Volunteer U.S. Infantry, 11th Regiment.

The roster of the Colored Troops, 117th Infantry, Company G, lists Hiram Terrill and Henry Terrill, both from Boone County. John Terrill and his son George owned slaves, as did several other Terrills in the county. In all probability, these soldiers are connected to the Terrill famiy.

John and Nancy Terrill lost their youngest son Simeon to the war. He was captured in a skirmish at Snow Hill, TN, then sent for a prisoner exchange. Official records report he was “killed in action or died from wounds or disease.” It is unclear where he is buried.

The Terrill brothers did cross paths with each other during their service, though it’s not clear if they were aware of it at the time. General Morgan’s 5th KY Cavalry was instrumental in the Confederate victory at Hartsville, TN in 1862. During this battle, Morgan's regiment took 1,844 Union prisoners and wagons of supplies. One of these prisoners was Robert Terrill. Robert was captured and transported by the Confederates for prisoner trade in Virginia, though whether his brothers were aware of his presence or capture is not known.

In January 1863, after Lt. Robert Terrill's release, he was stationed for duty at Camp Chase, OH. He left Camp Chase only a few months before his brother, Cpt. George W. Terrill, was captured during Morgan's raids into Ohio and was sent there as a prisoner.

Joshua C. Terrill was captured during the same raids in July of 1863, and was sent to Camp Chase briefly, also after Robert's duty ended. Sometime after his transfer from Camp Chase to Camp Douglas (IL,) Joshua escaped and came home to Boone County, then fled to Canada, where he was joined by his fiance; they married and remained there until the close of the war. His father and brother George attended the wedding.

After the war, the remaining four Terrill brothers returned to Boone County. By all indications, the brothers seemed to coexist in the area well. Joshua stayed in Boone county until 1869, when he and his family moved to Daviess County. Robert purchased a ferry, but died in an altercation in 1867. The two oldest boys, George and William, both officers in opposing armies, lived quite near each other in Petersburg after the war. In their father John Terrill’s will, they are both named as administrators, and together witnessed the document’s signing.

The dilemma of divided loyalties also occurred in the extended family. Brigadier General William R. Terrill (U.S. Army) and his brothers Brigadier General James B. Terrill, and Private Philip Terrill (both Confederates) all died in the war. They were 4th cousins to the Boone County Terrills, and were from Virginia.