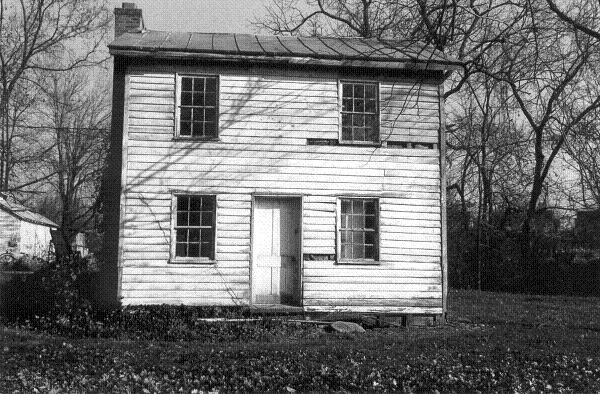 Located on Conner Road near Hebron, the land the house stands on originally belonged to Valentine Johnson of Orange County, Virginia. The land was purchased by Joel and Catherine Garnett beginning in 1837.

The house is a hall-parlor log dwelling built to two stories, with one pen stacked on another. The logs are secured by V-notching, chinked with small diagonal stones and protected by weatherboarding. At the rear is a single-story frame ell that appears to date from the mid-19th century. The house is virtually unaltered on the exterior.

During the 20th century the Moore family operated an apple orchard and, later, a plant nursery here.