Consolidated graded schools, housing grades one to twelve under one roof, were built throughout the county in the 1900s, replacing the one- and two-room rural schools of an earlier era.

The Petersburg Graded School was the best-preserved of these early consolidated schools. A two-story brick structure, it was cruciform in plan, with the tall, narrow main block balanced by short, projecting wings. The hipped roof, covered with standing seam metal, contained projecting eaves with box gutters.

The building was torn down in 2004 and recently replaced by a new community center with a gym, library and firehouse. 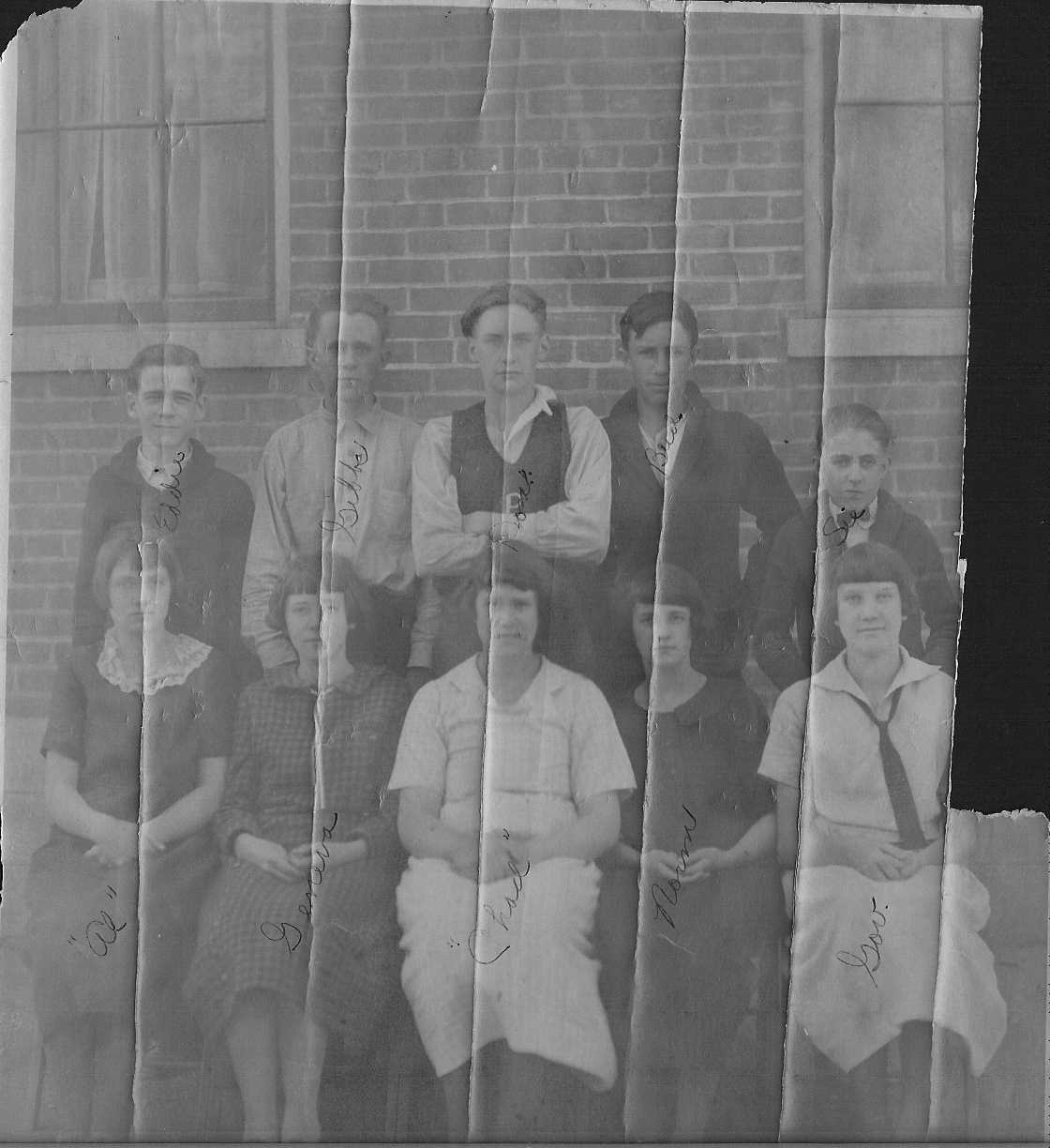 The image at left is of a freshmen class in Petersburg circa the 1920s.