Point Pleasant Church began meeting at the old Point Pleasant Schoolhouse near Constance, under the leadership of Walter Scott in 1834. The first meetings were over a two week span, with initial membership of only two believers. Mr. Scott tried again in 1839, and was able to attract a much larger group of believers, numbering more than sixty. Officers were elected, and plans were put into place for a permanent home. The Trustees of Point Pleasant acquired an acre of land from Joseph Brown for one dollar in 1841, and officially hired the first minister, William Masters, for $12 per annum.

Around the turn of the century, the original structure was taken by fire. It was later rebuilt in 1914, and flourished for more than 20 years. The congragation went through changes in the late 1930s, and disbanded. In 1956, a new congregation renovated the building and met there until it was demolished for the construction of I-275 in 1970. The congregation relocated nearby, and still meets in its current Hebron location. 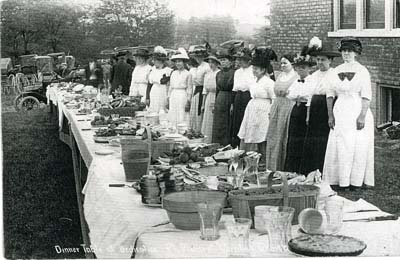